Meru National Park is a Kenyan Game park found in the east of Meru approximately 350 km from Nairobi. The park covers an area of 870 km². The park’s climate is characterized by abundant rainfall, 635–762 mm in the west of the park and 305–356 mm in the east. The park can be accessed by both road and air transport, by road from Nairobi 348 km via Nyeri-Nanyuki-Meru or via Embu all weather roads.

By Air the main airstrip at Kina, Mulika next to Meru Mulika Lodge offers another option. The park has got thorny bush land, wooded grassland with Riverine forests of Raffia palm. Some of the interesting attractions found in this park includes the,

Former home of Joy and George Adamson and Elsa the lioness, Elsa and her sisters were orphaned on 1/2/1956 after George Adamson was forced to kill their mother when she charged him, in defence of her three cubs. George only later realized why the lioness had acted so aggressively towards him. George and his wife Joy then adopted the lioness’s four-day-old cubs. All this information is got from this park with most of the monuments plus the grave of Elsa is seen here.

The park is a habitant to much unique wildlife including the Gravy’s Zebras, Elephant, eland, Bush pigs, water bucks, cheetahs, leopards, Reticulated Giraffe, Bohor reed buck, Hartebeest, Puff udders and buffaloes among others. This offers a reason as to why many visitors and photographers enjoy game drives and visiting Meru national park.

Tana River and Adamson’s fall and gaunt termite cathedrals are among other major attracting features in Kenya due to their spanning scenic views and this form are unique safari to any visitor; these are also a permanent source of water to the wild animals within the park hence giving a chance to the adventurers to have an abundant 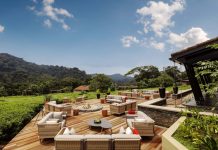 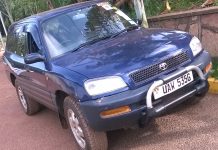 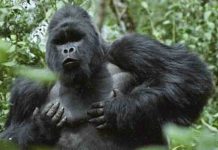