East Africa is the easterly region of the African continent, variably defined by geography or geopolitics. In the United Nations Statistics Division scheme of geographic regions, 20 territories constitute Eastern Africa: Tanzania, Kenya, Uganda, Rwanda, Burundi and South Sudan – in Central East Africa, are members of the East African Community (EAC). The first five are also included in the African Great Lakes region. Burundi and Rwanda are sometimes also considered to be part of Central Africa.

Djibouti, Eritrea, Ethiopia and Somalia – collectively known as the Horn of Africa. Comoros, Mauritius and Seychelles – small island nations in the Indian Ocean.

Réunion and Mayotte – French overseas territories also in the Indian Ocean. Mozambique and Madagascar – often considered part of Southern Africa, on the eastern side of the sub-continent. Madagascar has close cultural ties to Southeast Asia and the islands of the Indian Ocean.

Egypt, Sudan and South Sudan (newly independent from Sudan) – collectively part of the Nile Valley. Situated in the northeastern portion of the continent, and Egypt and the Sudan are often included in Northern Africa. Also members of the Common Market for Eastern and Southern Africa (COMESA) free trade area.

Due to colonial territories of the British East Africa Protectorate and German East Africa, the term East Africa is often (especially in the English language) used to specifically refer to the area now comprising the three countries of Kenya, Tanzania and Uganda.

However, this has never been the convention in many other languages, where the term generally had a wider, strictly geographic context and therefore typically included Djibouti, Eritrea, Ethiopia, and Somalia.

Some parts of East Africa have been renowned for their concentrations of wild animals, such as the “big five” of elephant, buffalo, lion, leopard (particularly the Ugandan, Masai and Ethiopian ones) and black rhinoceros, though populations have been declining under increased stress in recent times, particularly the rhino and elephant.

The climate of East Africa is rather atypical of equatorial regions. Because of a combination of the region’s generally high altitude and the rain shadow of the westerly monsoon winds created by the Rwenzori Mountains and Ethiopian Highlands, East Africa is surprisingly cool and dry for its latitude. In fact, on the coast of Somali land and Punt land, many years can go by without any rain whatsoever. Elsewhere the annual rainfall generally increases towards the south and with altitude, being around 400 millimeters (16 in) at Mogadishu and 1,200 millimeters (47 in) at Mombasa on the coast, whilst inland it increases from around 130 millimeters (5 in) at Garoowe to over 1,100 millimeters (43 in) at Moshi near Kilimanjaro. Unusually, most of the rain falls in two distinct wet seasons, one centred on April and the other in October or November. This is usually attributed to the passage of the Inter tropical Convergence Zone across the region in those months, but it may also be analogous to the autumn monsoon rains of parts of Sri-Lanka, Vietnam and the Brazilian Nordeste.

Among the Eastern African Regions include:

Those in Horn of Africa,but partly in East Africa

Today, tourism is an important part of the economies of Rwanda, Kenya, Tanzania, Seychelles, and Uganda. The easternmost point of the continent, that is Ras Hafun in Somalia, is of archaeological, historical and economical importance.

7 Things you Must know Before you Visit Rwanda

7 Things to Know Before you Visit Uganda

10 Reasons You Need to Travel to Kenya 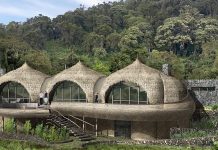 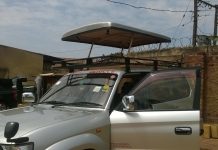