Karamojong are an ethnic group and these are pastoralists who enjoy keeping herds of cattle, these are found around the north-eastern parts of Uganda, these speak Karamojong language which is believed to be part of the Nilo-Saharan language group. These are mainly confined in Karamoja region comprising of Moroto and Kotido districts. The Karamoja region is characterized by thorny trees and savannah grassland with a windy dry season and no water with in the area due to the severe draught. Little rain is received here during April and the rest remain a dry season hence making these people to live a pastoral life.

Language, the language spoken by the Karamojong relates to those of the Turkana people of Kenya, and it is characterized with a prefix of “Ga” and “Gi” hence making them to lack a permanent prefix reflecting their origin, these have got several branches including the Ateker who speak almost a similar language with the Lango people.

Historically, the Karamajong occupy the north eastern part of the country with a proportionate of one tenth occupancy of the country, history has it that these might have migrated from the present day Ethiopia and later on split into two with others going to Kenya and the other group remained in Uganda. Those who migrated to Kenya formed the Kalenjin group plus the Maasai cluster where as those who fled to Uganda to form the Dodoths, Karamajong, and Kumams. These Karamajong were originally known as the “Jie” and the Name Karamajong was derived from the word “ekar ngimojong” that literally meant “The old men can walk no further”.

Culture, these have got a unique culture which they are all proud of, their main activity within the region is raring cattle and for them having herds of cattle remain a privilege among all, crop cultivation is rare and this turns to be their second priority due to the bad soils and the dry season experienced within the region plus their pastoral nature. These always move to the neighboring areas in search for pasture.

Social set-up, these have got a flexible social system  and their fore they respect the age system within the society  and therefore respect it seriously from child to manhood, in the process as a requirement for engagement, a man is required to first wrestle with the girl or woman he wants to marry in the presence of the elders, once you defeat the woman you are considered to be a man enough  and therefore you are given that woman officially and the dowry negotiations commences.

This symbolize that the man will be able to defend and cater for the woman needs during their marriage and if you are defeated as a man during the wrestle, you are not given the woman. This is also done to the non Karamajong men who wish to marry a Karamajong woman.

Political organization, leadership within the Karamajong society is vested in elders and other clan members, a clan is considered to be the basic unit of all political administrations, a council was considered to comprise of all the clan leaders and their role was to administer justice within the community and maintaining law and order plus punishing the law breakers and settling disputes.

A Week in the Wilds of Mombo 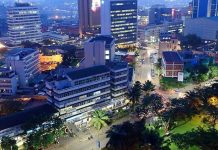 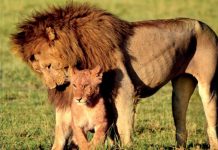 8 Places You Must Visit on a Safari in Rwanda